Chuck Cheesman (for media use)

Chuck's latest recording ~ A Whisper in this Town (April 2017) ~ is an eclectic collection of original songs and instrumentals. The recording is in many ways a companion to his 2011 release Imagining Dancers, which received generous airplay on community, public, and college radio throughout the United States. Previous albums include Coming Home (2000) and Campfire (2006, out-of-print).

In addition to his work as a singer/songwriter, a significant part of Chuck’s musical life is spent as an entertainer and educator of children. Beginning in the late 1990s as an instructor at Chicago’s Old Town School of Folk Music, he has grown to become a popular performer at venues ranging from classrooms and farmer markets to outdoor festivals. His Dancing With No Shoes On (September 2011) is a whimsical children’s recording that maintains high standards of writing, musicianship, and production.

Chuck currently teaches both in his home studio and at Portland's Multnomah Arts Center, does occasional educational outreach in partnership with Artichoke Music, and continues to make original music for and with people of all ages. He is currently collaborating on a new string band project called Loads of Toes. 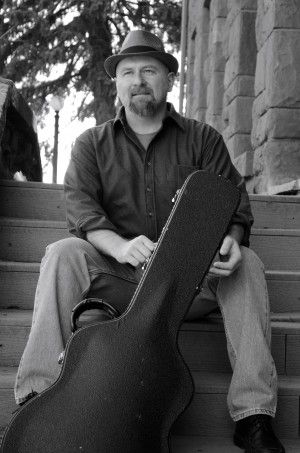 Chuck Cheesman (short, for media use)

Chuck Cheesman’s original songs are hopeful, loving, and sometimes satirical. He draws inspiration from diverse traditions of music to create authentic, soulful songs. As a solo performer, he pairs his expressive tenor vocals with solid fingerstyle and flatpicked guitar accompaniment.